Differences Between a Last Will and Testament, a Holographic Will, and a Nuncupative Will

What is a Will in North Carolina? 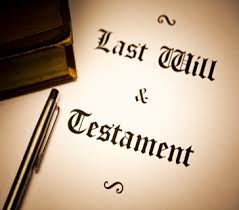 A will is a legal document that transfers a person’s property according to their wishes upon the testator's, or will maker’s, death. Those people who collect under the terms of the will, known as the beneficiaries, do not acquire any rights under the will until the will maker’s death. The will maker may change his or her will at any time prior to his or her death, so long as they have testamentary capacity to do so.

Last Will and Testament

An attested will is the traditional last will and testament that people think of when describing a will; that is, a will that is in writing, signed by the will maker, and attested to by witnesses.

For a last will and testament to will to be valid, there are certain requirements that must be met per North Carolina General Statute 31-3.3. Those requirements include the following:

While it is not required to make a valid will, North Carolina General Statute 31-11.6 allows for an attested will to be made “self-proved” at the time of its execution, or at any time thereafter through acknowledgment by the will maker and affidavits of the attesting witnesses before an officer authorized to administer oaths. If an attested will is not made “self-proved”, after the will maker’s death, during a process known as probate, the attesting witnesses may ultimately have to be located and called to testify that they did indeed witness the execution of the attested will to prove that it is valid.