Can I take back my guilty plea?

Many criminal cases are resolved through a plea bargain in North Carolina. However, it is not uncommon for a defendant to enter into a plea agreement and plead guilty but then change their mind about their plea.

What Are the Steps in a Plea Agreement?

It is important to understand the steps in entering a plea bargain because the step you are on can affect your ability to withdraw your plea. Under North Carolina law, the 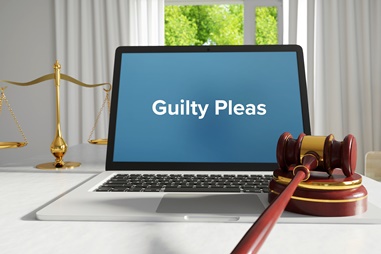 prosecutor and defendant are allowed to enter into a plea agreement. In most cases, the accused is given a benefit, such as a reduced charge or a less severe sentence, in exchange for their plea.

Deciding whether to enter a guilty plea is one of the most important decisions you will make in your criminal case. There are many factors you need to weigh before you make this decision. It is best to have a lawyer discuss all your options with you and negotiate your agreement with the prosecutor to achieve the best outcome in your case. The steps involved in entering into a plea bargain include:

Can You Withdraw Your Guilty Plea Before the Judge Approves it?

Yes, you have the right to withdraw your guilty plea for any reason before the judge accepts it. This means that you can change your mind while a plea agreement is being negotiated for you, the written statement is being prepared, and when your plea is being read.

It can be harder to take back a guilty plea after the judge accepts it. Here is what you need to show if you change your mind before or after sentencing.

In many cases, there will be another hearing to sentence you after you plead guilty. You may be able to withdraw your plea before you are sentenced if you can show a fair and just reason for your decision. The judge would consider many factors in deciding whether to grant your request, such as your reasons, the length of time between your plea and your request to withdraw it, and whether you had an attorney at the time of your guilty plea.

Common Reasons the Judge Could Agree to Withdraw Your Plea

There are many reasons why a judge may agree to allow you to withdraw your guilty plea. Some of the most common reasons are: