What should I consider when deciding whether to plead guilty to a crime I’m accused of committing?

If you are accused of committing a criminal offense in North Carolina, one of the most important decisions you will have to make is whether to plead 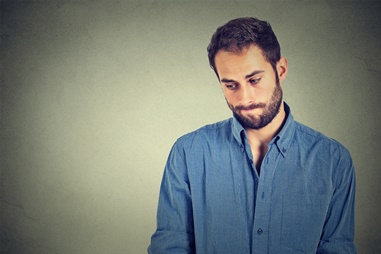 guilty. This decision can be even harder to make if you were falsely accused of a crime.

Your decision could have serious ramifications in your criminal case and have long-term consequences long after serving your sentence. Here are some considerations you should think about before deciding what to do.

You should never make a decision on whether to plead guilty without first consulting with an experienced criminal defense lawyer. They will conduct a thorough investigation into the facts surrounding your arrest and obtain the evidence that the police have against you. They can also help you evaluate the pros and cons of pleading guilty vs. taking your case to trial. Here are seven things you should consider when deciding what to do:

Your Right to an Attorney

If you do not believe that you can afford to hire an attorney to defend you, you may believe your only option is to plead guilty. However, in most cases, you have a constitutional right to have a lawyer represent you. If you cannot afford one, the court would appoint a public defender or another attorney to represent you at no cost to you.

Limited Options to Take Back Your Plea

If you plead guilty, you would be convicted of a crime and have a permanent criminal record. This could have long-term consequences in many areas of your life, such as:

You should consider the possible sentence you would face if you plead guilty. North Carolina uses a complicated sentencing system that takes into account many factors, such as your prior criminal record and the seriousness of the crime you are pleading guilty to. You need to understand the potential fines, jail or prison sentence, or other punishments you may face.

You will not be able to raise violations of your constitutional rights in the pre-arrest or arrest stages of your case if you plead guilty. If the police did not have probable cause to detain you, obtained a confession after you exercised your right to not incriminate yourself, or obtained evidence against you illegally without a warrant, you may be able to challenge their actions and get the charges against you dismissed if you do not enter a plea of guilty.

You may have other strong defenses to the charges you face—even if you know you are guilty. You would waive your right to raise these defenses if you plead guilty. You need the help of a knowledgeable criminal defense lawyer to weigh how strong your defenses are and the likelihood that they will result in the charges against you being dismissed or reduced to a less serious offense.

You also need to consider whether the prosecutor is offering you a favorable plea bargain in exchange for your guilty plea. If not, it may be smarter to let your lawyer mount an aggressive defense strategy if there are violations of your constitutional rights or other defenses. The prosecutor could agree to a plea bargain where the charges against you or your sentence are reduced at some point before your trial.