What are common grounds to suppress evidence and how could that help my criminal case? 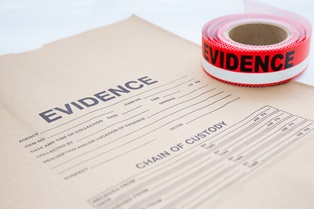 If you are charged with committing a crime, you need the assistance of an experienced criminal defense attorney to help you fight the charges. An attorney should have strategies based on experience handling similar criminal cases—which may help in getting your charges dismissed or reduced to a crime with a less severe punishment. One important way that an attorney may be able to weaken or destroy the prosecution’s case against you is to file a motion to suppress evidence against you.

How Can a Motion to Suppress Evidence Help in Your Criminal Case?

It is critical to keep in mind that you are innocent until proven guilty in a criminal case—even if you know that you are guilty of committing the crime. The prosecution has the burden of proving your guilt beyond a reasonable doubt. This is a very high standard that the prosecutor cannot always meet, including cases where the accused is obviously guilty.

A motion to suppress evidence is filed to prevent certain pieces of evidence from being used against you in your criminal case. It can help your case in the following ways:

Common Grounds to File a Motion to Suppress Evidence

In order to successfully file a motion to suppress evidence, you need to have legal grounds to argue that the evidence should be suppressed. These grounds are generally based on police misconduct and violation of your constitutional rights. An experienced criminal defense attorney will be able to identify grounds to file a motion to suppress evidence in your case. Common reasons to file this motion include: