Can I get the criminal charges against me dismissed?

If you are charged with a misdemeanor or felony in North Carlina, you may face a lengthy jail or prison sentence, large fines, and other punishments if you are convicted. In addition, you would have a permanent criminal record that could limit your ability to obtain employment, housing, loans, and more.

You may have options to avoid these harsh consequences. An experienced criminal defense attorney may be able to raise strong defenses to the charges you face or employ other strategies that can result in the charges against you being dismissed.

Reasons the Prosecutor Could Dismiss the Charges 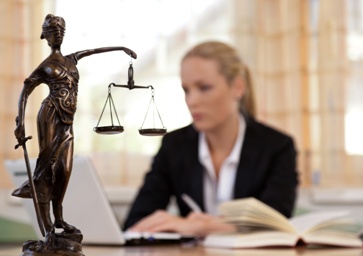 Going to a trial and being found not guilty is not the only way to get the charges against you dropped. Your lawyer may be able to convince the prosecutor to voluntarily dismiss the charges for these reasons:

Another option you have is to successfully complete a special program offered in North Carolina that would result in the charges against you being dismissed. However, the prosecutor would have to agree to allow you to enter into one of these programs, which is not guaranteed.

You have a much greater chance of the prosecutor agreeing to this proposal if you are represented by a skilled criminal defense attorney. Here are the three main programs that could help you get the charges dropped.

The deferred prosecution program would allow for the charges against you to be dropped after you successfully complete certain conditions set while you are on probation. This could include paying restitution to the victim, completing community service, drug testing, and not committing any other crimes. The eligibility requirements for this program are:

The conditional discharge program is similar to the deferred prosecution program. However, you must plead guilty or be found guilty of a misdemeanor or Class H or I felony before being eligible for this program. In addition, the following requirements must be met:

If you were arrested for a drug crime, you may be eligible for another conditional discharge program for drug offense convictions. This program may be an option if you were charged with a misdemeanor offense for possession of a Schedule I to VI controlled substance, felony possession of a controlled substance, or misdemeanor possession of drug or marijuana paraphernalia. You must also have no prior felony convictions, no convictions of Article 5 of N.C.G.S. Chapter 90, and have not received a conditional discharge in the past.