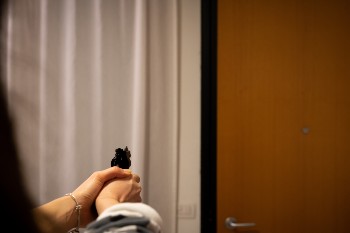 It can be confusing to know when and how you can protect yourself and your family if you are threatened, provoked, or attacked. If you live in Mecklenburg County, you need to understand North Carolina’s stand your ground law, especially if you have been charged with committing a crime and believe you were defending yourself or your loved ones. Our experienced criminal defense lawyers are here to answer your questions and mount an aggressive defense strategy for you.

What Is North Carolina’s Stand Your Ground Law?

Like many other states, North Carolina enacted a stand your ground law in 2011. Under N.C.G.S. 14.51.3, individuals have the right to defend themselves using deadly in their homes, motor vehicles, and workplaces. They can use deadly force and do not have a duty to retreat wherever they are lawfully in either of these situations:

As with many other laws, there are exceptions when an individual is not permitted to stand their ground. Deadly force cannot be used against:

In addition, there are two other situations where the use of deadly force is not permitted:

How the Stand Your Ground Law Differs From Self-Defense Laws

North Carolina’s self-defense law did not give individuals the same rights to protect themselves or others. Before the enactment of the stand your ground law, residents in North Carolina had a duty to retreat from someone who was attacking them before using deadly force against them. If they failed to retreat when this was possible, they could face assault charges, battery charges, or manslaughter or murder charges if the victim was killed.

In addition, the level of force allowed is different under our state’s self-defense laws. A person could only use reasonable force to defend others or themselves. For example, if someone punched them, they could punch them back. However, they could not use a gun or other deadly force greater than the force used against them when defending themselves.

Our Stand Your Ground Law May Be Changed

North Carolina’s stand your ground law may be changed in light of the many cases where individuals have been charged with crimes for using excessive force in defending themselves. In 2023, our legislature will be considering the “Gun Safety Act.” It would completely remove the right for a person to use deadly force in their home, vehicle, or workplace

Another proposed law would revoke the stand your ground law and follow North Carolina’s prior self-defense law that required a person to attempt to retreat before using force to defend themselves. However, the Castle Doctrine would still be followed and would permit the use of force—even deadly force—in a person’s home, motor vehicle, or workplace.

You will need the assistance of a skilled criminal defense lawyer who understands North Carolina’s Stand Your Ground Law to know whether it can be used in your defense. An attorney will also be able to identify other defenses that can help you fight the charges you face. Having a knowledgeable criminal defense attorney represent you is essential if you want to try to get the charges dismissed or reduced to a less serious offense. We invite you to use our online contact form or call us at 980-207-3355 to learn more today.