How the Post-Release Supervision Program Works in North Carolina

If you were convicted of a felony crime and are serving a prison sentence, one of your major objectives will be to get out of prison as soon as possible. However, parole works differently in North Carolina than other states. You do not meet with a parole board to plead to be released on parole. Instead, North Carolina has adopted a post-release supervision program with strict rules that dictate when you can be released from prison into the program.

What Is the Post-Release Supervision Program?

Traditional parole was abolished in North Carolina in 1994 when the Structured Sentencing Act was enacted and applies to any crimes committed after October 1, 1994. While there is no parole board, the approval and release of inmates are decided by the Post-Release Supervision and Parole Commission. It is comprised of four members that are appointed by 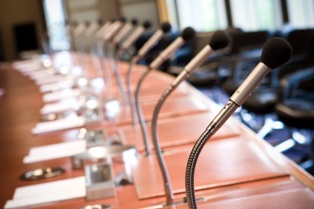 the Governor to a four-year term. Unlike traditional parole boards, the commissioners do not decide if a prisoner will be released on parole, but they do set the terms of release and supervise an inmate’s post-release progress. They also have the power to revoke the person’s release from prison.

How long a person will be placed in post-release supervision will depend on the class of felony that his crime falls within. Here are the basics of how this works:

Can You Reduce the Time Before You Are Eligible for Post-Release Supervision?

There are ways that you can reduce your prison sentence and become eligible for the post-release supervision program sooner. This includes doing the following:

No matter how much earned time or merit time you earn, you will still need to serve your minimum sentence before becoming eligible for the post-release supervision program.

What Conditions Could You Be Required to Follow While You Are in the Post-Release Supervision Program?

Once you are in the post-release supervision program, it operates in a similar fashion to parole. You may need to follow certain rules while you are in the program. Some of the requirements could include the following: