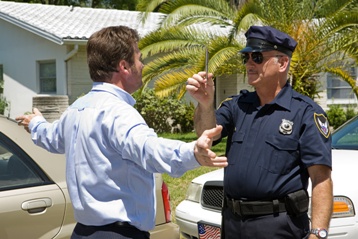 If you watch the news, you know that the police can make mistakes when they arrest people. In some cases, the things they do may violate a person’s constitutional rights.

If you have been arrested for DWI in North Carolina, you face harsh punishments if you are convicted and the long-term consequences of having a permanent criminal record. You need to raise all your defenses to fight the charges. A violation of your constitutional rights could result in the charges being dismissed or reduced to a less serious offense, even if you are guilty.

When you are stopped or arrested by the police, you have constitutional protections under the U.S. Constitution's Fourth, Fifth, and Sixth Amendments. If the police fail to follow proper procedures and rules—which is unfortunately common—they could violate your rights. Here are the most common violations that you may be able to use in your defense.

You may be able to challenge your arrest if you can prove that the officer did not have probable cause to stop you. You would need to establish that you were not violating any law and were not demonstrating any driving behaviors that would lead a reasonable person to conclude that you were drunk.

Another common challenge is that the police conducted an unreasonable search or seizure that violated your rights under the Fourth Amendment. In DWI cases, the police would not need a warrant to perform a search, but they must have probable cause to justify the search.

Probable cause is a higher standard of proof than reasonable suspicion. The police must have sufficient information so that a reasonable person would believe that a crime was (or will be) committed and that the individual who was stopped committed the crime. The police would need proof to establish probable cause, such as smelling alcohol on your breath, observing you slurring your words, or getting you to admit guilt.

Violation of Your Right to Confront Witnesses

Under the Sixth Amendment, you have the right to confront the police accusing you of committing a crime and anyone else who has evidence against you. You have the right to cross-examine the officer that arrested you and any other witnesses for the prosecution, such as the individual who conducted your breath or blood test. A violation of your Sixth Amendment rights could be grounds to challenge the prosecutor’s case against you.

Failure to Advise of Your Miranda Rights

Once you are taken into custody, the police must inform you of your Fifth Amendment right not to make incriminating statements against yourself. They must notify you of your Miranda rights, including telling you of your right to remain silent and that any statements you make can and will be used against you. They must also tell you that you have a right to be represented by an attorney when the police question you and that a lawyer will be appointed to represent you if you cannot afford to hire one.

What Happens If the Police Violate Your Constitutional Rights?

Violation of your constitutional rights gives you grounds to file a motion to suppress evidence taken illegally, dismiss incriminating statements you made—or dismiss the charges altogether. If a vital piece of evidence is thrown out, the case against you could be so weak that the prosecutor voluntarily drops the charges or the judge dismisses the case.