What You Need to Know About Arson Offenses in North Carolina 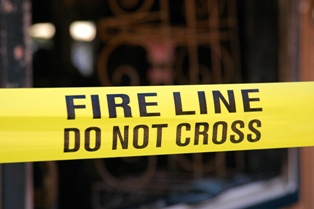 While considered a property offense, arson is a much more serious crime due to the real danger that it could cause a victim to suffer injuries or be killed. Arson is charged as a felony in North Carolina and carries harsh penalties upon conviction. You need the assistance of an experienced criminal defense attorney to help you build a strong defense if you have been charged with this crime in Charlotte.

Arson is a common law crime in our state. It can be charged as either first or second degree arson. First degree arson is the more serious type of arson and is the intentional burning of another’s dwelling that is occupied at the time of the arson. The following elements of the crime must be proven:

First degree arson is a Class D felony. If convicted, a person could be sentenced to 38 to 60 months in prison depending on his prior convictions. Some actual time in prison is mandatory.

A person would be charged with second degree arson if the structure was not occupied at the time of the burning. All the remaining elements of first degree arson would have to be proven.

Second degree arson is a Class G felony. It can be punished by a prison sentence of 8 to 31 months. Unlike first degree arson, an active jail sentence is not required. A person who has no prior convictions may be sentenced to an intermediate sentence instead.

What Is Considered Burning?

Burning is defined broadly under the law to include any small burning of the structure. It is not required that the fire totally destroyed the dwelling. Slight charring may be sufficient for someone to be charged with arson. However, setting the structure on fire is not the same as burning it and is not considered arson.

What Constitutes a Dwelling House?

A dwelling house is defined as a house that a person dwells, lives, resides, stay, or rests in. The definition includes mobile homes, manufactured-type homes, and recreational trailer homes. The yard around a dwelling and outbuildings, such as a barn or garage, are also considered part of a dwelling.

In order to be inhabited, someone must occupy it but does not need to do so permanently. Temporary or seasonal occupation of the structure is sufficient.

When Is a Dwelling Considered Occupied by Another Person?

Can a Dwelling House Be Considered Occupied If the Person Is Deceased?