What is a no contest (“nolo contendere”) plea and how does it differ from other pleas in criminal cases in North Carolina? 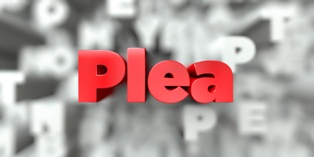 If you are charged with a crime in North Carolina, you will have to decide what plea to enter to the charges. How you plead can have important consequences both in your criminal case and life in general because a conviction will result in you having a permanent criminal record. One option that some people choose when entering into a plea agreement or entering a plea other than a plea of not guilty is to plead no contest—also referred to as nolo contendere—instead of guilty. Here, we explain what a no contest plea is and the benefits of entering this plea.

What Is a No-Contest Plea?

You have several choices of pleas that you can enter in your criminal case. These include the following:

In many criminal cases, a person will start out by pleading not guilty and then change his plea to guilty later if he enters into a plea agreement.

Depending on your situation, it could be in your best interest to not plead guilty and instead enter a no contest plea or an Alford plea when resolving your case. A no-contest plea in North Carolina is a plea where a person does not admit or dispute the charges against him and has the same effect as a guilty plea in terms of sentencing. However, a person is not admitting legal responsibility for the incident.

What would be the benefit of pleading no contest instead of guilty? Important advantages to this plea include:

Another Option: An Alford Plea

While not all states allow people to enter an Alford plea, you are permitted to do so in North Carolina. If you enter this plea, you are maintaining your innocence but are admitting that the state has sufficient evidence to convict you and agree to accept the punishment. Unlike a no contest plea, you are essentially pleading guilty while still maintaining your innocence. This plea may seem contradictory, but it was ruled permissible by the U.S. Supreme Court in 1970 in a criminal case in our state, North Carolina vs. Alford.

Like a plea of no contest, an Alford plea may be beneficial if you believe that you face civil liability as well as criminal charges, as your plea may not be allowed to be used against you in the civil case. You must obtain the approval of the prosecutor and judge to enter into a no contest or Alford plea.

How Should You Decide Which Plea Is Right for You?

You should never decide on entering a plea without first consulting with an experienced criminal defense attorney who can advise you on what the best option is. This is especially true when you are considering a no contest or Alford plea to avoid civil liability. In addition, your attorney may be able to raise defenses to the charges—even if you know that you are guilty—that could result in the charges being dismissed or reduced to a lesser offense.

If you are a suspect or have been charged with a crime, the experienced criminal defense attorneys at Browning & Long, PLLC are here to help you build a strong defense to the charges you face. Call our office today to schedule a free consultation to learn how our experiences as former prosecutors and criminal defense attorneys can be beneficial to you.