Sheyenne's Law: Punishments for Boating While Impaired to Increase 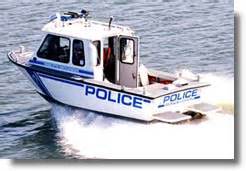 Children are returning to school, football is kicking off, and Labor Day weekend is here. Each and every year these things symbolize something to those living in and around Charlotte, North Carolina – summer is nearing its end. And as summer comes to an end, those who live near Lake Norman, Lake Wylie, Mountain Island Lake, and the Catawba River often look to take advantage of one last celebratory weekend on the lake with family and friends. Whether swimming, boating around, skiing and tubing, or tying up and socializing, this time on the lake nearly always involves alcohol; especially on holiday weekends such as Labor Day.

With Labor Day weekend here, it got me thinking to last year’s July 4th weekend, another high traffic boating weekend for the Charlotte area waterways. During that weekend, multiple boating accidents left several people dead and others critically injured. Included was 17-year-old Sheyenne Marshall who was tragically killed while knee-boarding when she was struck by a passing boater, who law enforcement said was impaired. As a result, the boater who hit Marshall was charged with Boating While Impaired, Reckless Boating, and Involuntary Manslaughter.

Since Boating While Impaired and Reckless Boating are Class 2 misdemeanors and Involuntary Manslaughter is a lower level felony, Marshall’s family asked the North Carolina legislature to increase the punishment for those who commit impaired boating offenses. Accordingly, on June 27, 2016 the NC General Assembly put in place Sheyenne’s Law. The new law, which officially goes into effect on December 1, 2016, toughens the penalties for those who are convicted of impaired boating offenses that cause death or serious injury to another person.

In addition to creating a minimum fine of $250.00 for those convicted of Boating While Impaired that doesn’t cause death or serious injury to another person, Sheyenne’s Law specifically defines five new impaired boating offenses. They include the following:

While Sheyenne’s Law is not in effect yet, Boating While Impaired remains a serious offense. Even though it’s a Class 2 misdemeanor, such crimes are punishable by a maximum of 60 days in jail and up to $1,000.00 in fines. In addition to jail time and fines, there are potential employment and education ramifications of a conviction for Boating While Impaired.